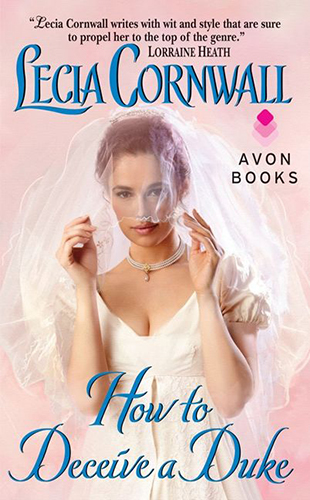 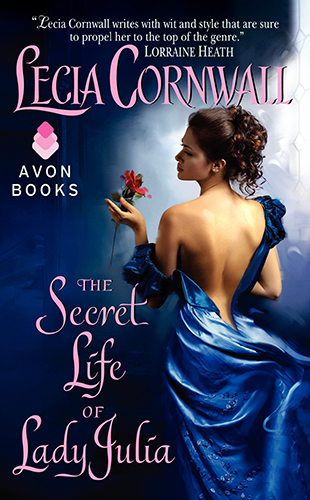 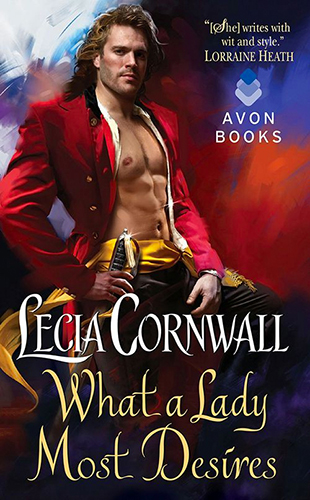 Crafting an adventurous romance filled with lavish historical details, steamy passion and a strong plotline is what Cornwall does best.
—RT Book Reviews Magazine
Ms. Cornwall is an amazing storyteller, and The Secret Life of Lady Julia is a book I will reread and recommend.
—Fresh Fiction
An entertaining page turner.
—Historical Novel Society

How to Deceive a Duke

When her sister runs off to avoid an arranged marriage, Meg Lynton takes her place at the altar, since marriage to Nicholas Hartley, the infamous Devil Duke of Temblerlay is the only way to save her family from penury. By the time her wealthy groom discovers he’s married the wrong sister, it will be too late to annul their vows. And how difficult can it be to marry a rake and a rogue like Temberlay? All she needs to do is give him an heir and move on with her own life…but deception comes at a higher cost than Meg may be prepared to pay.

When Nicholas Hartley inherits the family title after his brother’s untimely death, an arranged marriage to a woman he’s never met is the last thing he wants. But when his bride raises her veil at the altar, Nicholas realizes that his wedding night might prove to be a pleasure after all. After a bedding that leaves them both breathless, Nicholas discovers Meg’s deception, and decides to teach his scheming bride how to be a proper duchess, kiss by devastating kiss…

The Secret Life of Lady Julia

Just a year or so ago, Julia was a lovely earl’s daughter, celebrating her betrothal to David, the Duke of Temberlay and set for a life of elegance and luxury.

But at her betrothal ball, she meets a stranger, a man who makes her feel like the most beautiful woman in the world—and when your fiancé thinks of you more as a little sister than a bride, that kind of attention can certainly turn a lady’s head.

Thomas Merritt is a thief with a secret past of his own. He attended Julia’s betrothal ball to steal her jewels, but ended up leaving with far more, utterly bewitched by the beautiful, innocent Lady Julia. After their one glorious evening together, Thomas leaves London, knowing he can never be part of her world again.

Julia’s steamy encounter with Thomas Merritt changes her life. Now, she’s no longer an earl’s daughter (disowned), or a duke’s bride-to-be (deceased). She’s an outcast and a mere paid companion to a lady who used to be her equal.

But things are looking up. She’s on her way to Vienna on a breathtaking adventure, and her employer’s handsome brother seems more than willing to overlook Julia’s scandalous past. Love is in the air, dear readers!

Julia and Thomas meet again in Vienna under most inconvenient circumstances during the great peace conference meant to determine the fate of Europe now that Napoleon has been defeated. All the crowned heads of Europe are in attendance, and at the lavish parties, salons, and grand balls, secrets lurk behind every fan, under honorable military tunics, and beyond every half-closed door, and Thomas is not the only thief in town. When Julia discovers a plot that could destroy her new life, Thomas Merritt is the only man who can save the day, and only she can save him from certain death.

And at yet another betrothal ball, they meet again…

What a Lady Most Desires

On the night before the final battle against Napoleon, Lady Delphine St. James finds herself dancing with the one man she has always wanted, Major Lord Stephen Ives. He makes it clear he has no time for a lady he sees as flirtatious and silly, but as the call to arms sounds, she bids him farewell with a kiss that stirs them both. When he returns gravely injured, she is intent on caring for him, even if his surly behavior tests her patience.

After the battle, Stephen is not only wounded and blind, but falsely accused of cowardice and theft. The only light in his dark world is Delphine, the one woman he never imagined he could desire. But she deserves more than he can give her.

As their feelings deepen and hidden enemies conspire to force them to part forever, can their love survive the cruelest test of all?