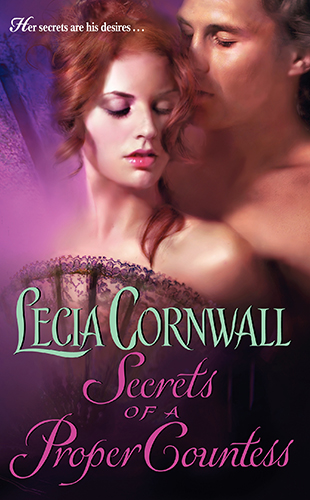 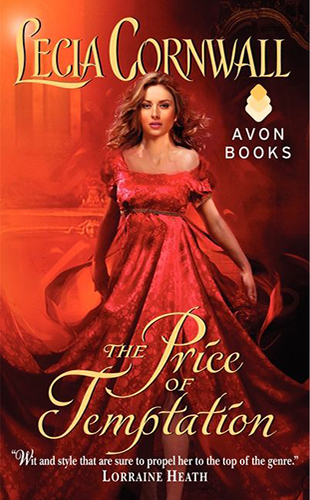 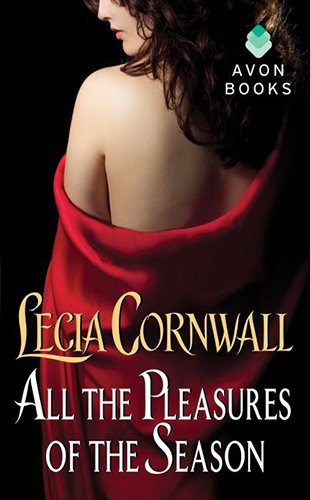 Cornwall’s luscious Regency romance has just the right blend of mystery, manners and passion… With truly nefarious villains, plenty of action, and a dash of glamour, this tome is a seductive read.
—Publishers Weekly
An incredible debut! Lecia Cornwall writes with wit and style that is sure to propel her to the top of the genre. Secrets of a Proper Countess is a thoroughly enjoyable read that hooked me with the first sentence.
—Lorraine Heath
A sizzling, witty historical romance that readers will remember long after the book is closed.
—Romance Junkies
A gorgeously written love story that sticks with the reader.
—The Romance Reader
Ms. Cornwall has set the standard for a debut historical romance novel. She brings a fresh voice to the Haute Ton we all know and love without ever abandoning believability and historical context.
—The Season For Romance

Secrets of a Proper Countess

There are secrets we take to the grave…
and some we just take to bed.

If Lady Isobel Maitland is caught even speaking to an incorrigible rogue like the Marquess of Blackwood, she stands to lose everything she holds dear. Strict rules in her husband’s will ensure that if she remarries or even forms friendships her mother-in-law does not approve of, then she will never see her young son again. But one night, in a dark garden at a masquerade ball, Isobel gives in to temptation, and lets an innocent flirtation turn into seduction.

Phineas Archer, the notorious Marquess of Blackwood, may hold the reputation as the worst rake in London, but as a spy for the crown, he merely plays the role of a fool to learn the most closely guarded secrets of the ton.

As a new threat to England’s success in the war against Napoleon emerges, Phineas must foil a plot to kidnap the exiled Bourbon heir to the French crown. Every clue seems to lead to his mysterious lover, but while Phineas can spot trouble a mile off, and see through the cleverest of disguises, he cannot find any trace of his elusive femme fatale. No man alive would imagine the prim widow Maitland could be his dream lover. But behind the mask and the secrets, Isobel is everything Phineas has ever desired….

The Price of Temptation

Lady Evelyn Renshaw is married to England’s most notorious traitor…
Or is she?

No one has seen Lord Philip alive for months. The Crown wants to hang him. The ton wants to know if Evelyn is as guilty as her husband, and Philip’s enemies expect Evelyn to pay the price for her husband’s sins.

Captain Sinjon Rutherford has troubles of his own. He needs a place to hide while he proves himself innocent of some very nasty charges. The Crown offers assistance, but only if Sinjon helps them uncover the truth about Evelyn’s part in her husband’s treason. He’s planted as a spy in her household, disguised as a servant. But Sinjon is no footman…and he doesn’t have time to fall in love with the enigmatic Evelyn, but the lady needs a strong protector, and a lover.

And it seems the lady has some dark secrets of her own, secrets that can get them both killed…

All the Pleasures of the Season

Imagine a Regency Christmas in a fairy tale castle in the beautiful Lake District of England. Imagine a Christmas wedding, with a beautiful bride, and—wait.
Is the bride about to marry the wrong man?

In Secrets of A Proper Countess, sparkling debutante Lady Miranda Archer was determined to choose a husband based on his fortune, his title, and the size of his castle. But being one of the unpredictable Archers, she couldn’t help falling in love with the most unsuitable man in London, Gilbert Fielding, a penniless second son with no title at all, a man who couldn’t possibly marry her.

At her family’s urging, Miranda chooses the ton’s most eligible bachelor, the handsome, rich, and titled Earl of Kelton. The ton predicted it. Her family is delighted. But Miranda cannot forget her first love (can anyone?)

And poor Gilbert. He knows his suit for Miranda would never be accepted by her grandfather, even if he gathered the courage to face the old duke. He decides to keep his place, accept the fact that a woman like Miranda isn’t for the likes of him and join the army.

But nobility and fortune come in many guises, especially at Christmas, and Kelton isn’t at all what he seems. When Gilbert discovers the earl’s secrets, he’s determined to protect Miranda, even if it means a long ride to Carrington Castle through thick December snow…